In the middle of twentieth century, when there was hardly any scope for the treatment of TB patients in our country, the Ramakrishna Mission undertook the noble cause in setting up this TB Sanatorium with the initiative of Dr.Rajendra Prasad, the first President of Republic India who inaugurated the main hospital in 1952. The centre grew within a few years into a full-fledged TB Sanatorium following the ideology of Swami Vivekananda - &quotService to mankind is service to God&quot. Other than the TB hospital, the Sanatorium serves the poor patients of Jharkhand through its mobile medical unit and the integrated polyclinic with departments of general medicine, chest & TB, radiology, diagnostic section (pathology), gynaecology & obstetrics, minor surgery, ophthalmology, orthopaedics, paediatrics, dentistry with general & cosmetic surgery, ENT, dermatology, physiotherapy, ultra-sonography etc.

Gradually, the Sanatorium spread its span of activities from health to the education and rural development sectors with establishment of Vivekananda Middle School, Vocational Training Centre and Community Health Services through AYUSH & Herbal Resource Garden.

The revenue expenses of the Sanatorium are partially met by a grant-in-aid (GIA) for 120 beds only out of 200, received from the Ministry of Tribal Affairs, Govt. of India, New Delhi, which itself is very much inadequate even for sustaining for those beds. The rest is met with Sanatorium's own meagre resources. Due to the immense price rise of all kinds of medicines, essential commodities and wages in recent times, the Sanatorium is passing through an acute financial crisis which is posing a serious threat to continue its services for these poor & under privileged ailing souls. Due to above fact, the Sanatorium is maintained on an average annual deficit budget of Rs 50 lakhs every year. Under such prevailing condition, there was no alternative than to liquidate the entire permanent fund of Rs. 4,00 crores reserved to meet any emergency of the hospital

The present position and requirement of the departments of the Sanatorium is given in the brochure enclosed herewith for your kind information. Considering the yeomen and laudable service to the suffering humanity, irrespective of caste, creed and religion, over a period of five decades, Government of India-Ministry of Finance has permitted us to collect donations for infrastructure Development and Corpus Fund to the tune of Rs 96.31 Crores (Nifty Six Crores and Thirty One Lakhs) only with 50% Exemption in Income Tax under section 80G of the Income Tax Act, 1961 dated 24th October, 2016.

Money may kindly be remitted through any bank to Bank of Baroda, Account No.47020100008008, IFSC Code; BARB0TUPUDA (Fifth character is Zero), MICR Code: 834012009 in favour of &quotRamakrishna Mission TB Sanatorium" or by cheque to the &quotThe Secretary, Ramakrishna Mission TB Sanatorium, Vill: Dungri, Near Tupudana, Ranchi, Jharkhand, Pin 835221 on prier intimation for acknowledgement on email: rkmtbs@gmail.com with detailed address, PAN number, amount & date of deposition etc. If the donation is given with specific mention that it is for &quotInfrastructure Development" then donation will be acknowledged u/s 35ac of IT ACT. On realization of the amount, FORM 58A - Income Tax Exemption Form will be sent to the donor for filing IT returns to avail 100% Exemption in Income Tax.

Being the branch centre of Ramakrishna Mission, Belur Math, we are an accredited CSR Implementing Agency in the prescribed field of operation vide Registration No. IA HUB Code-A000195, 1909/04/20 by Ministry of Corporate Affairs, Government of India, New Delhi. 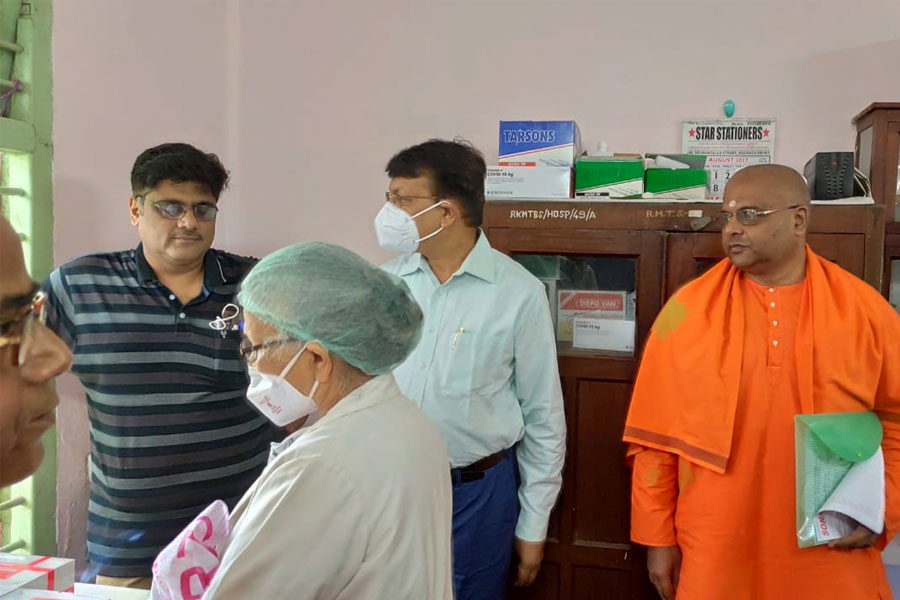 Today a New Equipment added to the existing Laboratory Services 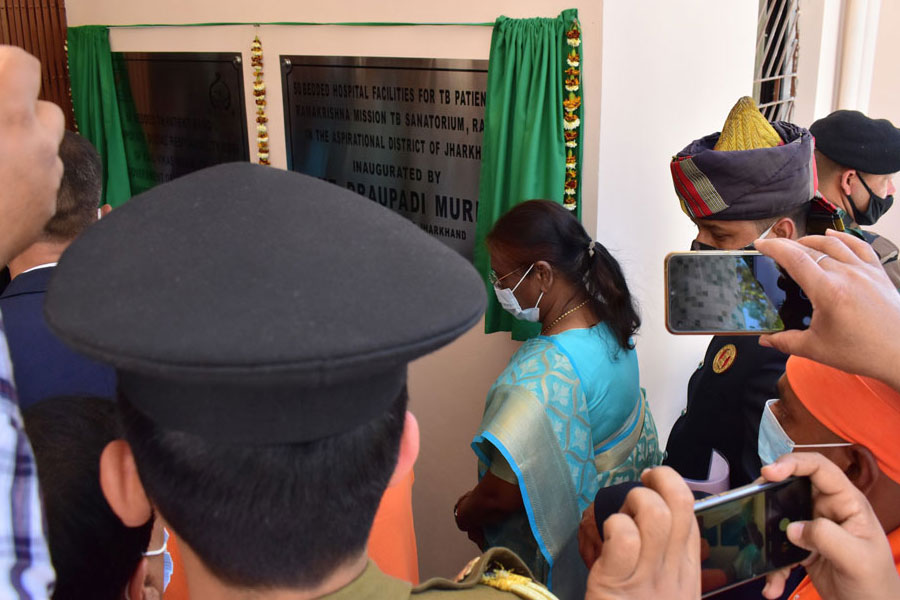 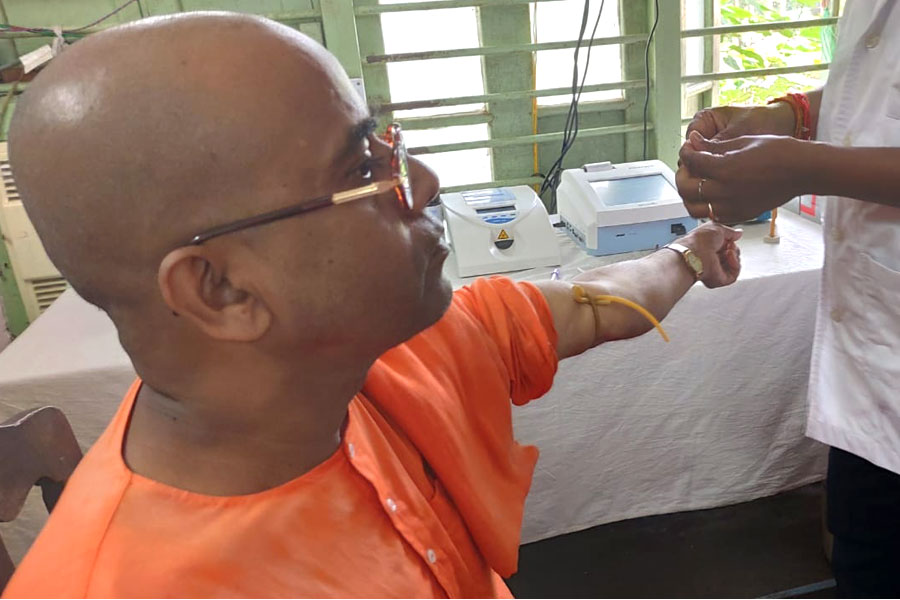 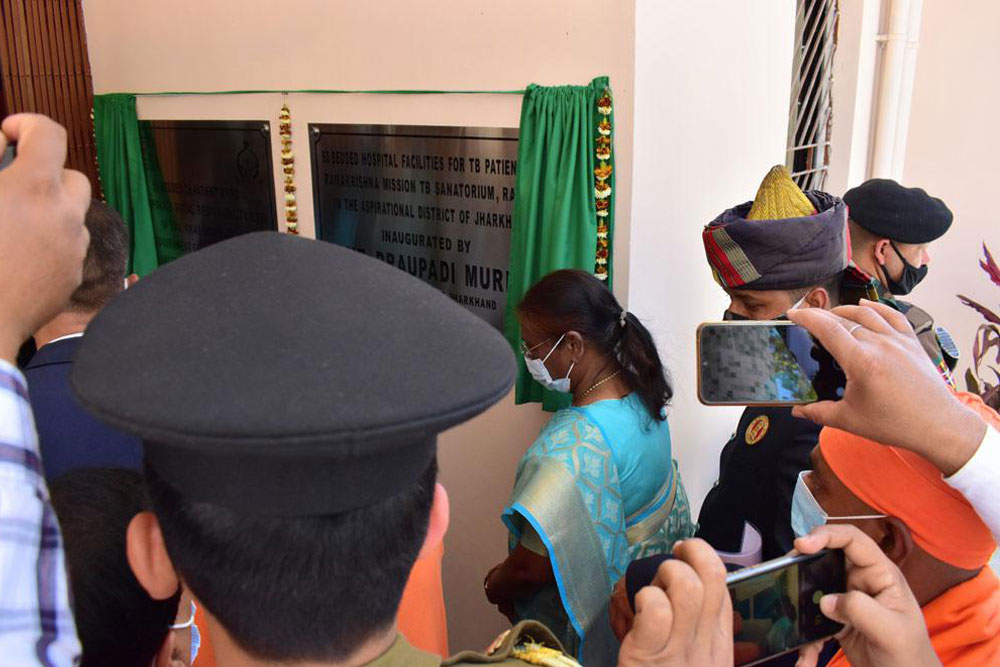